With temperatures 0.36°C higher than normal, India just experienced its hottest decade on record, with over 1,500 people perishing last year due to extreme weather conditions. 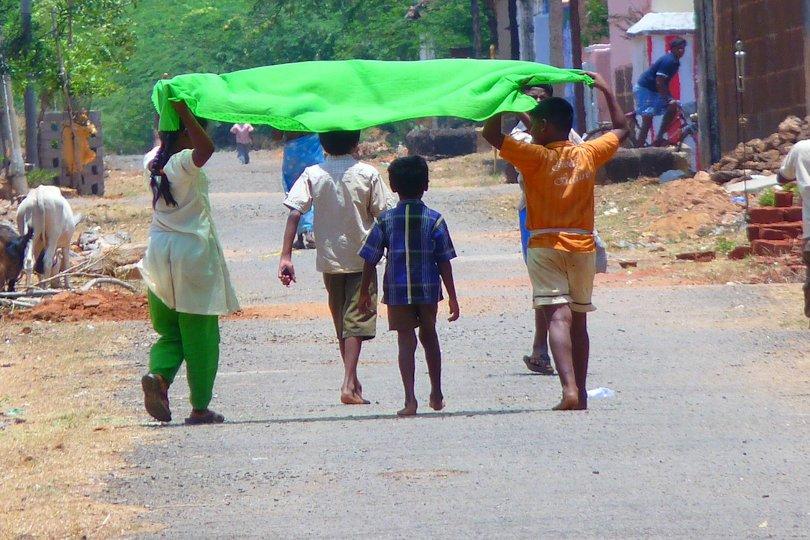 According to the India Meteorological Department (IMD), 2019 was also the seventh warmest year since 1901 and the 22nd straight year that the country witnessed temperatures higher-than-average.

"The impact of global warming on India is unmistakable," remarked IMD head Mrityunjay Mohapatra. “The past year had extreme weather during all seasons.”

Devastating floods, critical water shortages and severe heatwave were some of the most notable high-impact climate extreme events India endured in the previous decade.

The south Asian country which is home to 1.3 billion people experienced a longer summer as well as monsoon rains that were delayed in 2019.

Poor monsoon rains forced authorities in the southern city of Chennai to declare "day zero" as all the four reservoirs that supplied water to the city ran dry.

As many as eight cyclones - five of them from the Arabian Sea - also struck the country the past year, just two short of the record 10 in 1976.

This was also the highest number of Arabian Sea cyclones since 1902 – the normal number is one per year, the IMD report said.

Mrutyunjay while asserting it was difficult to pinpoint a definite cause for any single incident of record-breaking temperatures, added that global warming and climate change were definitely "factors to consider".

"The reasons are climate change, global warming but I cannot say specifically because there is no such study to attribute that 'X' occurred due to 'Y'," said Mohapatra.

Not only India, but the past decade was also the hottest in human history with 2019 being the second hottest year on record.

According to data released by the Copernicus Climate Change Service (C3S), worldwide temperatures in 2019 were second only to 2016, in which temperatures were boosted by an exceptionally strong El Nino weather event.

The World Meteorological Organisation (WMO) noted that the average temperature recorded between January and October 2019 was 1.1 degrees Centigrade higher than pre-industrial levels (between 1850 and 1900). The five warmest years on record also occurred in the last five years. Globally temperatures in 2019 were 0.6 Celsius warmer than the 1981-2010 average. Earth's temperature over the last five years was 1.1C-1.2C hotter than pre-industrial times.

"We are nowhere near on track to meet the Paris Agreement target" of a 1.5°C rise, Taalas added.

According to the Potsdam Institute for Climate Impact Research, a 4° temperature rise would have severe consequences for the world's rainforests and the ice at the North and South Poles, resulting in the rise in global sea levels leading to intense flooding.