Seven states falling in the Ganga basin - Uttar Pradesh, Bihar, West Bengal, Himachal Pradesh, Arunachal Pradesh, Meghalaya and Nagaland, in the last 30 years have witnessed a significant decrease in the annual rainfall trend revealed a report ‘Observed Rainfall Variability and Changes’ by the Ministry of Earth Sciences, Government of India. 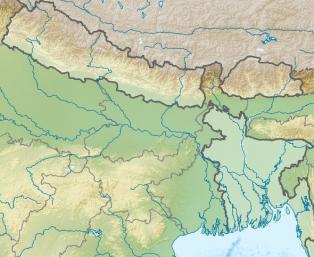 This trend was considered “alarming” for agriculture or water recharge in certain states in the Ganga river basin (UP, Bihar and West Bengal), Delhi and some southern states. The reason behind this was stated as a “significant increase” in the number of dry days (daily rainfall of 2.5 mm or less) during the south-west monsoon.

The Ministry collected the data by analyzing the rainfall distribution pattern of 28 states in 30 years.

“It could be attributed to climate change. Global warming is happening and it has impacted the climate in India as well. As a result, many parts of the country have seen decreasing trends while others witnessed increasing trends,” said MoES secretary, Madhav Rajeevan.

The rainfall of less than 7cm is favourable for soil and groundwater recharge. According to the report, the situation for agriculture and availability of groundwater is scarce in states like UP, Bihar and West Bengal. Also, the areas are lacking in the ability to recharge groundwater due to low-intensity rainfall. The pattern of erratic monsoon is concerning as 50 to 60 % of the agricultural activities are dependent on rainfall.

In its recommendation, the committee urged the MoES to explore ‘monetisation of data and information’ generated through a well-thought-out policy, which does not compromise the public interest, said the report.