A Place Where Minimizing Waste Creation Has Worked

In a small town far away from the urban buzz of Tokyo, the small town of Kamikatsu has figured out a way to shift from a mentality of waste management to eliminating even the making of waste. Citizens of Sikkim, take note. 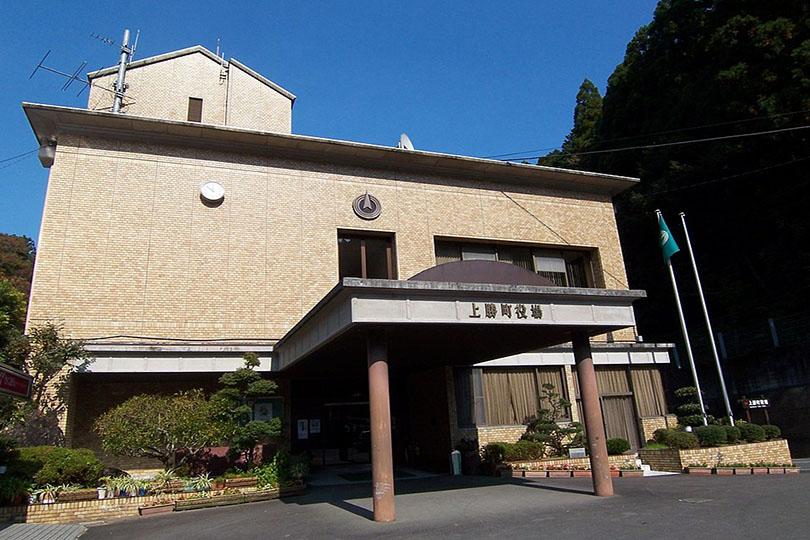 The town office of Kamikatsu, Japan.

The city which did this is in Japan is in some ways has similarities to Sikkim and the one lakh sized town of Gangtok, Sikkim.

Kamikatsu, like Gangtok, is located some 370 miles from the megacity of Tokyo. It shares none of the craziness that large populations bring with it, including large amounts of waste created by the residents.

Kamikatsu is small, with a population of 1,700. Gangtok is larger, at 100,000, but still small by state capital standards for India.

Kamikatsu, like Gangtok in Sikkim, has also for some time been dedicated to a clean environment and healthy living.

Kamikatsu is not all-organic as Sikkim has been for over a generation, but in its search for what to do about waste management it learned something similar to what Sikkim learned in becoming a healthier place to live. It found that one of its major problems of waste management was in fact less a structural issue of what to do about it, but instead more of a cultural one.

Kamikatsu’s “zero waste” journey began in 2000 when the village was forced to look for alternative ways to manage its waste after a new law on dioxin emissions forced it to shut down two of its small incinerators.

In 2003, Kamikatsu set itself a goal of eliminating waste by 2020 without incinerators or landfills, thus becoming the first municipality in Japan to promulgate a “Zero Waste” policy.

Owing to lack of financial support and means to transport waste to out-of-town facilities, the town took the decision to avoid generating waste as much as possible and to recycle as many items as possible.

"We thought, 'If we can't burn waste in the town, then let's recycle.' It's cheaper to recycle waste than burn it," said town official Midori Suga.

It took the better part of two decades to achieve most of its goal of zero waste, but getting there has been well worth it.

As a primary principle to help meet its goal, the city encourages its residents to recycle and reuse their waste, not to purchase or use products that might end up as waste.

Also, all households are required to sort their garbage into separate categories, like food waste, metals, paper, plastics, glass bottles, food trays, furniture, machines etc. There are also various subcategories, so metal will get separated into aluminum and steel, or paper gets separated into newspaper, cardboard, paper carton etc.

The town's waste facility includes dozens of different boxes for each category. Somewhat uniquely compared to almost any other place where recycling is done, if the parts of an item fall into different categories for recycling, residents are expected to take them apart and sort each type to the right container.

As a result of the efforts, more than 80% of the village’s waste is now recycled, reused or composted, a relatively high amount compared to the national average of just 20%. The effort has also saved the town a third of its former costs from waste incineration.

Motivated by initial success, Kamikatsu embarked on a rigorous zero-waste program three years later and declared to became to be completely zero-waste by 2020.

“It was a real shift in lifestyle,” explains Akira Sakano, deputy chief officer of the Zero Waste Academy, a non-profit that works towards Kamikatsu's sustainability goals.

“Lots of people were against the new collection system, asking why they had to bring their own rubbish to our waste-management site. They thought that the municipal government wasn’t doing its job properly. So the municipal office set about organizing gatherings in the local community where conversations could take place, she added.

“They were dialogue and explanation sessions,” Sakano said. “And while there was still a bit of conflict, part of the community started to understand the context and cooperate, so the municipal office decided to start the segregated collection system. Once the residents saw that it had started, they realized that it wasn’t that difficult.”

“You’ll now see people segregating around five to 10 categories in their house and then doing the final segregation at the station,” added Sakano.

Kamikatsu’s valiant effort to reduce waste serves as a prime example of how the involvement of the local community can bring about solutions to many of the problems plaguing the current society including climate crisis.

The grass roots organization Sustainable Sikkim is promoting such solutions in the Indian state of Sikkim. For those interested in learning more about such solutions, please contact us at info@sustinablesikkim.org.