India Will Have Normal Monsoon In 2020 Again : IMD

2019 had recorded the highest monsoon rainfall after a long haul of 25 years. This year, according to the first long-range forecast from the India Meteorological Department, India is all set to receive a normal Southwest Monsoon. The big question will be whether it is delayed. 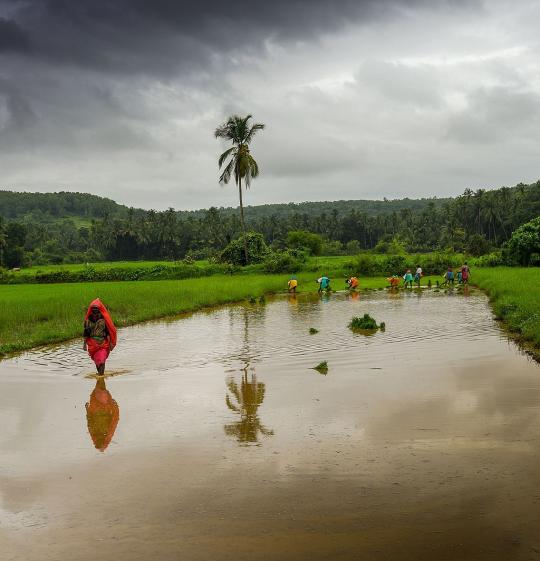 2019 broke 25 years of records with above than average rainfall. This year will continue the trend. Photo: Rajarshi MITRA from Mumbai, India / CC 2.0 license

"This year, we will witness a normal monsoon which is very crucial amid the nationwide lockdown for more than a month following the novel coronavirus outbreak," an IMD official said.

Seasonal rainfall is likely to be 100% of the Long Period Average (LPA) with a model error of ± 5%, the IMD said.

Long Range Forecast (LRF) is the operational monsoon season forecast issued by the weather department from June to September for the entire country. It does not include regional level rainfall or specify quantum rainfall for the forecast period

Further, the IMD report also states that neutral El Niño–Southern Oscillation (ENSO) conditions would be neutral over the Pacific Ocean during the monsoon season, with some models indicating the possibility of weak La Niña conditions during the second half of the season.

The hero of monsoon 2019, Indian Ocean Dipole (IOD) is also likely to remain neutral during monsoon season. The sea surface temperature conditions over the Pacific and Indian Oceans, as indicated by ENSO and IOD, play a crucial role in determining the amount of rainfall and its distribution across India during the monsoon season.

While El Niño has an adverse impact on the monsoon rainfall, a strong positive IOD (like 2019) and La Niña conditions contribute to enhancing the overall rainfall across India.

India receives about 70% of its annual rainfall during the monsoon that generally begins in June before starting to retreat by September.

The monsoon rainfall is crucial to rice, wheat, sugarcane and oilseeds cultivation in the country and for the country’s economy through it's immense influence on the farming sector, which provides livelihood for more than half of country's population.