Under The Veil Of The Pandemic, India's Environmental Ministry is Paving a Path For Catastrophe

India has been in strict lockdown since 26 March to flatten the curve, but for the Ministry of Environment, Forest, and Climate Change it has been business as usual. 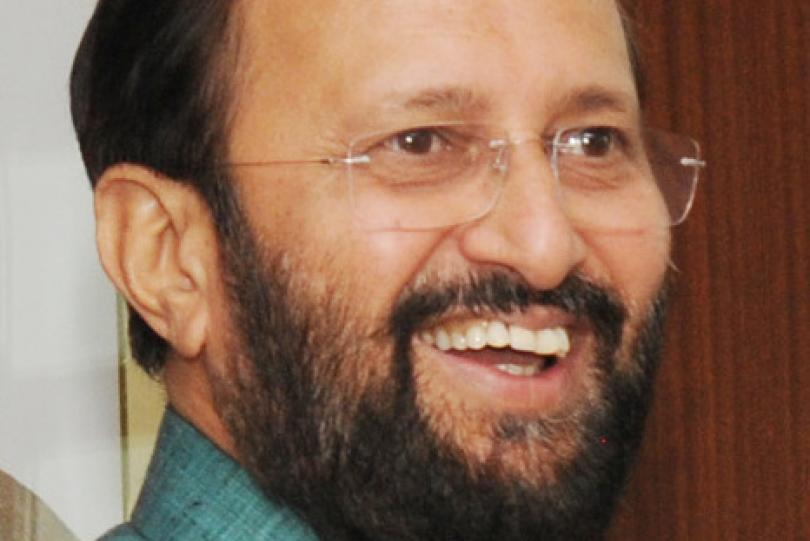 The Environmental Ministry in India is choosing profits over the environment, with the shield of the pandemic to minimize all who realize the changes being made. Photo: Ministry of Information & Broadcasting (GODL-India) / GODL-India

The ministry has been meeting over video conference to approve a slew of mining, infrastructure, and industrial projects, many of them in forest areas.

Environmentalists in India are criticizing government moves to continue to approve major industrial projects, and to relax the nation’s environmental assessment rules, even as the COVID-19 pandemic has complicated public oversight and canceled potential field reviews.

“Public engagement, ground verification—these options are all foreclosed at this time. They are carrying on as if there is no health emergency, hosting meetings and taking decisions including on big ticket projects,” said Kanchi Kohli, an environmental governance expert with the Centre for Policy Research.

In the past month, the ministry has signed off on a new coal mine in an elephant reserve, preliminary drilling inside a wildlife sanctuary that is home to endangered lion-tailed macaques and great Indian hornbills, and a contentious project to remake New Delhi’s Parliament district.

And it is considering two other controversial projects: a large hydropower project in the Dibang Valley, a biodiversity hot spot in northeastern India; and a uranium mine in a tiger reserve in central India. The ministry is also moving ahead with a rewrite of some of India’s environmental rules.

On 23 March, it issued a new draft policy on assessing the environmental impacts of large projects. Among other changes, the draft proposes reducing the time allowed for public comment on assessments, and allowing more projects to avoid the public comment process entirely. Critics of the proposal say proposed changes could normalize approval of projects that went ahead without environmental clearance.

The ministry initially gave the public 60 days to comment on the proposal, but several groups asked it to pause the process given the pandemic. The environment ministry has extended the deadline for comments to 30 June.

Analysts note that the government’s push to approve industrial projects even during the pandemic is consistent with Prime Minister Narendra Modi’s pro-business stance.

For example, an analysis by the Legal Initiative for Forest and Environment shows that from January to June 2019, a key panel overseeing wildlife sanctuaries and parks approved 63 of 70 development proposals, resulting in reduced protections for 216 hectares of land.The panel has just one independent scientist, Kohli notes.

“Considered decision-making with diverse points of view has been wilting over the past few years,” she says. “The focus is on approval rather than scrutiny or discussion.”

Conservationists and scientists fear that pro-development views will prevail as the ministry considers the Dibang Valley hydropower project. It envisions building a 3097-megawatt dam in an area known for supporting 300 species of birds and 75 species of mammals. Members of the Idu-Mishmi tribe, who live in the area, oppose the project.

Scientists who have done research in the region have panned an existing environmental assessment commissioned by the government, and asked it to conduct a broader assessment of how the dam, together with others planned for region, might affect the environment. And they are urging the government to give the local community a greater say in managing the forest.

“We implore you to choose this option,” one group of scientists wrote to a forest advisory committee last month, so that “India can once again lead the world as a true ecological champion in this time of unprecedented social and ecological crisis.”