'Heat Wave-Like Conditions In Cars' Is Our New Normal: Study

The ambient temperature inside cars could shoot up to as much as 65°C and induce conditions akin to a heat stroke, says a study led by researchers at the Postgraduate Institute of Medical Education and Research (PGIMER), Chandigarh. 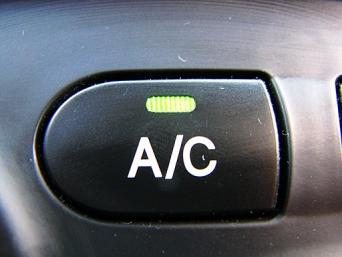 Shooting Temperatures inside the cars could well lead to dehydration, blood pressure fluctuations and even heat strokes. Photo: Michael from Calgary, AB, Canada / CC BY

The objective of the study was to assess “thermal comfort” (the degree of warmth that people deem as comfortable) in cars.

“The predicted mean vote (PMV) was observed to be worst for Sedan for both front...the Percentage of Persons Dissatisfied (PPD) was observed to be 100% in all cases, showing dissatisfaction for all car models. The concentration of carbon dioxide and carbon monoxide ranged between 113-1127 ppm and 0–3.9 ppm, respectively, for the front of the car,” the authors Ravindra Khaiwal, Neha Agrawal and Suman Mor, note in their paper.

The PMV and the PPD are metrics to measure thermal comfort.

“Understanding how thermal comfort varies during extremely hot and cold conditions in the micro-environment of a car could help auto industries improve thermal comfort and minimise the associated health risks,” said Mr. Khaiwal.

“This could mean designing new materials that absorb heat better, or improving the air flow system in vehicles.”

The measurements showed that the front of the car showed a higher maximum temperature than the back, while relative humidity was observed to be lower in the front than the back for all models.

The temperature recorded in the sedan in the test was higher than in SUV or the hatchback. The reasearchers also found that the higher temperature was due to ambient conditions on different days and also due to the colour of the car.

"The higher temperature in the sedan may also be due to its black colour, which is a good absorber of heat, while the SUV and hatchback were white, which has higher reflectance,” the study notes.

Mr. Khaiwal added conditions akin to a heat wave could manifest and — given changes in climate and higher average temperatures — would lead to several more ailments such as heat stress, heat strokes and fluctuation in blood pressure.

According to the World Meteorological Organisation, the rise in global mean surface temperature during 2019 (January to October) was +1.10°C.

2019 was the seventh warmest since record-keeping commenced in 1901. The annual mean surface air temperature, averaged over the country, was +0.36°C above average. The average is defined as the mean temperature from 1980-2010.