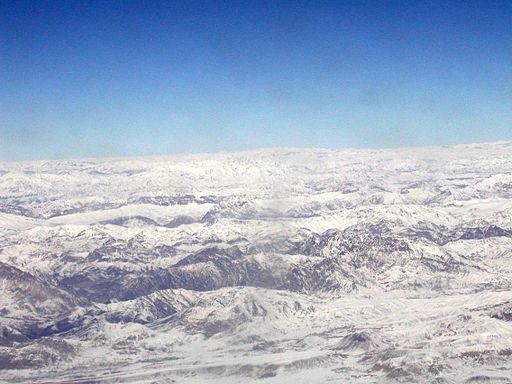 In the years to come, the countries in the HKH region will need to work together to understand the resource, share data and contribute to planning. Photo: M. Michael

The alarming pace at which the Himalayan glaciers are retreating pose a big threat to the sustainability of springs and groundwater points a study released on September 15 by New Delhi-based think tank Observer Research Foundation (ORF).

“The study tries to understand the impacts of glacial retreat on the region’s water regime, especially the river basins and the groundwater the Himalayan region supports,” said Anjal Prakash, research director and adjunct associate professor at the Bharti Institute of Public Policy of the Indian School of Business (ISB), Hyderabad.

“It investigates the relationship between glaciers decline, and the changing surface water with groundwater in the HKH region,” added Prakash who is also the lead author in the ongoing sixth assessment report of Intergovernmental Panel on Climate Change (IPCC) - the United Nations (UN) body set up to assess science related to climate change.

The HKH region extends to about 3,500 km across eight countries - Afghanistan, Bhutan, Bangladesh, China, India, Myanmar, Nepal and Pakistan. Ten of Asia’s largest rivers originate here and an estimated 1.3 billion people depend directly on the HKH ecosystems for drinking water, irrigation and power.

The HKH glaciers are melting at a record pace due to global warming. This increased rate of melting may first increase the volume of water in rivers, leading to extensive flooding in the region. But as the glaciers begin to retreat, the amount of meltwater flowing into rivers could decline considerably and in turn affect the groundwater levels and spring sources. Combined with the changes in summer monsoon rainfall, the retreating Himalayan glaciers would lead to water stress for the communities living here, the study said.

Scientists are still trying to understand the intricate ways that melting of glaciers linked to climate change is connected with ground water and spring systems in the region. That many of the countries in the region - India, Pakistan, China - don’t often see eye to eye, is also getting in the way of research, data-sharing and mitigation, plus add the disputes between countries that further leads to ineffective water management.

The study highlights the transboundary nature of the problem at a time when border tensions between neighbors India and China are running high.

“Groundwater is a fluid resource which does not honor political boundaries. The study calls for regional cooperation for managing the resource in sustainable way,” said Anamika Barua, professor of economics at the Indian Institute of Technology (IIT) - Guwahati, who works on the transboundary water issues in the HKH region.

A regional approach and transboundary cooperation is necessary to protect the surface and groundwater resources in the region, the study added.

In the years to come, the countries in the HKH region will need to work together to understand the resource, share data and contribute to planning, the study urged.