Industrial Projects in The Himalayas Have Exploited and Weakened the Region

A letter drafted by 52 environmental organizations and activists across 12 Himalayan states of India on July this year, directed to the Ministry of Environment, Forest, and Climate Change highlights how regulatory decisions and industrial projects have contributed to immense ecological damage in the world’s youngest mountain range. 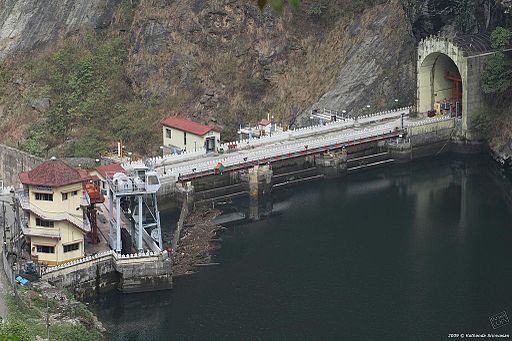 Projects like these in the Himalayas have damaged the environment and impacted climate crisis issues far more than most realize. Photo: Kothanda Srinivasan

The stretch of 2,400 kilometers (1491 miles) mountain range also known as the Hindukush range spread across five countries (India, Nepal, Pakistan, Afghanistan, and China) has been deglaciating significantly since 1991.

The letter notes that a hydropower project generating 150,000 megawatts of power has the potential to negatively affect almost 90 percent of the Indian Himalayan valley, and wipe out 27 percent of dense forests in the region.

“The government has classified the Himalayan region under the climate vulnerability index. It means that any project in the region would exacerbate landslides, groundwater drying up, and glaciers melting,” said Manshi Asher, one of the 52 signatories to the letter and an activist from Himdhara Environmental Research and Action Collective.

Asher is running a campaign to prevent ecological damage and protect vulnerable communities in the Himalayas.

Asher believes that developments in the northeastern Indian state of Assam, are disturbing.

Assam is the most vulnerable place in the Index due to factors including deforestation and the least amount of irrigated area. Yet, it is home to a natural gas well, run by the government-owned corporation, Oil India Limited.

The oil well has been spewing natural gas uncontrollably after a blowout since May this year, threatening to damage a sensitive ecosystem. The blowout has also displaced more than 3,000 people.

Meanwhile, in the state of Sikkim which is roughly 600 kilometers (372 miles) east of Assam,  the rapid pace of melting glaciers, about 23 glaciers since 1995 have resulted in grave consequences, like the flash floods and landslides which killed 21 people and displaced more than 30 families in the last three months, a tragedy which will never be forgotten.

Mayalmit Lepcha, a Sikkim-based environmentalist, participated in a Janta Parliamentary session on the environment, an online event organized to discuss environmental issues relevant to the Himalayan region in August.

“About 30 dams built in Sikkim have had an adverse impact on our sacred forests and rivers,” she said during the event.

The Indian government has now introduced the draft Environmental Impact Assessment (EIA) 2020 despite having known that the fragile mountain range is reeling under an ecological crisis, mostly driven by human disturbance.

The EIA allows the post-facto clearance of industrial projects, has little to no scope for public redressal and has a provision for violators to self-report their violations.

At present, an expert appraisal committee – a team of scientists and project management experts – survey the impact of a proposed project and take into account how it affects the local communities living in the area through a public consultation process.

The EIA 2020, if converted into law, will render this process obsolete.

Gopal Krishna Agarwal, a spokesperson from India’s ruling Bharatiya Janata Party, dismissed the allegations that the government was compromising the biodiversity of eco-sensitive zones for the ease of doing business.

But regardless of the project, the impact on those on the ground are real and tangible.

Dr. Ravi Chopra, an environmental scientist based in the Northern state of Uttarakhand, said these projects advertised to help locals will essentially do more harm. Once the glaciers melt – as hastened by these projects – it will disrupt the perennial year-round flow of Himalayan rivers that wax and wane in the summer and winter respectively.

“Ultimately, even the hydropower projects have no effect in providing usable water resources,” said Chopra.

In 2012, Panwar lost his home and all his belongings to devastating floods and landslides in which ten people died and 38 went missing. Panwar, who lives in a rehabilitation centre until today, voices out on excessive deforestation carried out for commercial projects in his state as the reason for the disaster.

To make matters worse, the government has done close to nothing to support those like him most affected by avoidable tragedies linked to environmental degradation – something that will only increase as lax policies like the EIA come into play.

“For the last eight years, the government has been telling me that I will get a new home but they have not given me anything,” he said.

In 2013, a cloudburst above Kedarnath had caused flash floods in the region which killed over 5,000 people.

All facts aside, there aren’t people who care enough about what’s happening to the environment we are in.

Our priorities are scattered. Some are fighting to save this fragile ecological region. Some are pretending to fight – to make money.

The question then is - What is your priority?

For how to survive in the era of the Climate Crisis, please visit our website at Climate Survival Solutions India.