Farm in Trivandrum (FiT), a joint farming initiative formed by a group of dynamic youths is a perfect example how young minds can not only make best use of the given resources but also inspire others in the process. 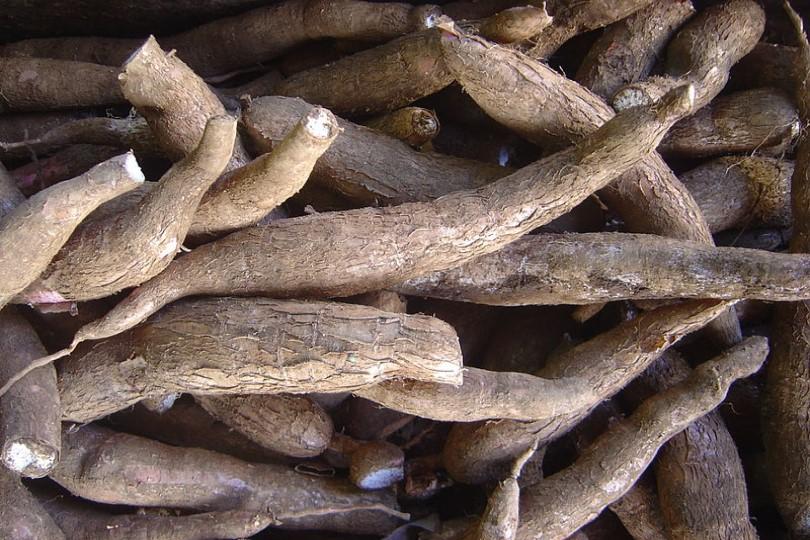 In less than a year into its existence, FiT has sold more than 3,000kg of farm fresh tapioca and lantern chilli harvested in a farm on the outskirts of Thiruvananthapuram, the capital of the southern Indian state of Kerala.

The initiative was born from Vinod Venugopal’s vision of using his 1.5 acres of land being used for rubber plantation for something else.

“I didn’t want to sell off the land either. As the soil was fertile, I posted a message on the Facebook page, Where in Trivandrum (WiT), inviting interested individuals for a joint farming initiative,” said Vinod.

The three men set out to launch their joint venture, Farm in Trivandrum (FiT).

“Tapioca is mostly used for industrial purposes. But since factories were closed because of the pandemic, we sold the produce to street-side vendors, vegetable shops and hotels directly. Rest was distributed among our family and friends,” Vinod said.

Encouraged by the outcome, the trio has moved on to cultivating a variety of crops, including Mali chilli, ginger, elephant yam, Indian yam, turmeric, cashew, pepper,  Hummingbird tree, drumstick, curry leaves and arecanut, among others.

“Our focus has been on crops that don’t need daily supervision. That’s why we are not keen on cultivating vegetables,” said Philip.

The trio is now endeavoring to grow rare plants and have already started to experiment with a new variety of seedless lemon known as Malaysian citric lemon.

“We have two laborers who live close to the farm. Since one of them has cows, we get enough cow dung for manure. There has been tremendous support from the Pallichal Krishi Bhavan office as well,” said Vinod.

The group is also looking to expand beyond just their farm and is looking to connect with people who own land.

“We are looking for those who are willing to toil with us. Luckily, a few such people have already gotten in touch with us,” noted Anu, who also owns an aquaponics farm.

The group has partnered with several local farmers and is helping them sell their produce directly to customers within Thiruvananthapuram.

The trio is an inspiration for a new generation of youngsters, motivating them to take up farming as a fruitful career.