On December 3, the Danish government voted to halt all new oil and gas licensing effective immediately. With Denmark the biggest oil and gas provider in all of Europe, this is perhaps the boldest step yet by any nation in agreeing to bring an ultimate halt to fossil fuel use. 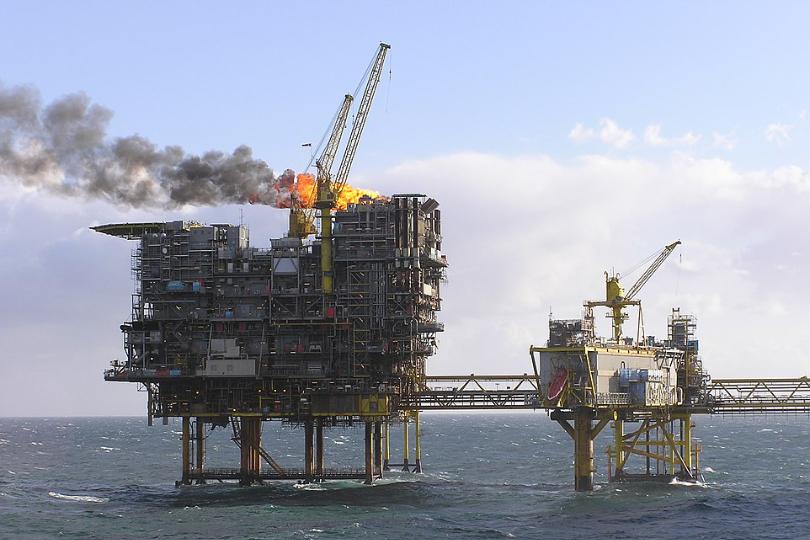 This gas exploration rig is part of the Tyra Field, the largest gas condensate field in the Danish Sector of the North Sea. Under the newly-passed law, Denmark will no longer be authorizing any further exploratory oil and gas rigs like this one. Photo: Tom Jervis, CC, via Wikipedia

Up until that vote, Denmark had been planning a next round of North Sea oil and gas licensing in 2021. It has highly lucrative both in terms of providing oil and gas for all of Europe, on top of rich licensing fees which brought in major revenues for the government. The new vote cancels this and all future North Sea licensing offers, for the first time since Denmark began harvesting its offshore fossil fuel wealth 80 years ago.

To be clear, the vote does not bring a stop to existing operations at 55 already established oil and gas platforms. Those installations, which are in place in 20 separate oil and gas fields, will under existing agreements continue to pump fossil fuels out through the first half of this century. Those will eventually throttle back on their production, with the last trickle planned to stop by 2050 at the latest.

It is also a decision which climate scientists are convinced is too late to halt the pace of global heating because of carbon-based emissions into the atmosphere. Secondary effects due to superheated oceans, melting methane hydrate deep underneath, unleashing of buried carbon dioxide reserves as permafrost melts, and reduced albedo as less snow cover and ice on the Earth’s surface allows further solar absorption have also set the pace for a much hotter future ahead.

Yet because it does mean an end to one country’s continued making things worse for greenhouse gas emissions, it is still a milestone to be celebrated.

“We’re the European Union’s biggest oil producer and the decision will therefore resonate around the world,” said Dan Jørgensen, the climate minister of Denmark, in speaking about the vote last Thursday. “We are now putting a final end to the fossil era.”

Greenpeace Denmark’s Helene Hagel hailed the vote in parliament as “a watershed moment”. “This is a huge victory for the climate movement and all the people who have pushed for many years to make it happen.”

She said further that now Denmark will have the ability to “assert itself as a green frontrunner and inspire other countries to end our dependence on climate-wrecking fossil fuels”.

For Denmark, which opened for initial oil and gas exploration eight decades ago and began licensing in earnest in 1972, it is a big shift with major economic risks ahead. The money earned from fossil fuels has made the country wealthy and able to support its people in ways most other countries in Europe have not been able to achieve.

In the short term, Denmark’s economists estimate the impact of cutting the new oil and gas leases as eliminating as much as DKr13bn ($2.1bn) from the government balance sheet.

What it did with that, however, was some time ago to act earlier than most nations to pivot away from dependence on fossil fuels for energy production. It has repositioned its energy-sourcing drive to clean energy of many different kinds, including the transformation of Denmark’s state oil company Dong Energy to the offshore wind farm giant Ørsted.

When the vote came in last week, it followed France’s 2017 decision to announce it would be cutting back oil and gas exploration within its mainland and all overseas territories by 2040.

In 2018, New Zealand took a similar step to what Denmark just did, by shutting down all new oil and gas permits effective immediately as of that year.

In the wake of Denmark’s just-announced decision, the next nation to feel the heat to cut back on oil and gas production is the United Kingdom.

Shortly before the vote in the Danish parliament, Prime Minister Boris Johnson announced a plan to cut emissions in the UK in just ten years from now by 68 percent compared to 1990’s carbon emissions levels. That number is much steeper than Britain’s existing targets of just 57 percent reductions by the same date – 2030.

Johnson proposed the objective in advance of his country acting as one of the co-hosts for a virtual summit on climate change during this week.

“We have proven we can reduce our emissions and create hundreds of thousands of jobs in the process,” Johnson said hours before the Danish parliament voted. “We are taking the lead with an ambitious new target to reduce our emissions by 2030, faster than any major economy.”

While Johnson’s statements are bold, critics of Johnson’s position soon pointed out that Johnson might want to listen carefully to what Denmark did soon after he spoke.

“If the UK is to be a real global climate leader, it must follow Denmark’s lead by stopping issuing new oil and gas exploration licenses and delivering a managed phase-out of oil and gas extraction,” Ken Penton, the UK climate campaigner for the international NGO, Global Witness, said. Penton emphasized the country would also have to fund “a just transition for oil and gas workers and their communities to ensure they can benefit from the new green economy”.

Johnson will address these and more issues as he addresses the special virtual summit of the United Nations this week, in honor of the fifth anniversary of the well-meaning but weak and so far, ineffective, Paris climate accords.

If the nations of the world can get past broad political rhetoric and down to much tougher concrete actions to reduce fossil fuel emissions, that fifth anniversary might be something to celebrate after all.